HERB RITTS: THE GOLDEN HOUR, A Photographer’s Life and His World 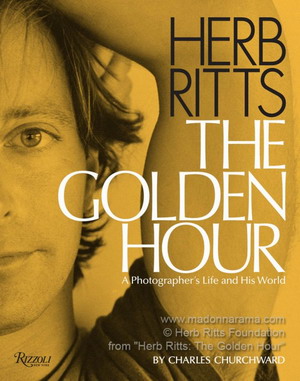 THE GOLDEN HOUR: A Photographer’s Life and His World, an intimate look at Herb Ritts’ life and legacy in words and photographs,  has just been released this month.

The book mentions Madonna’s name 60 times…
It contains some amazing and never seen before pictures including:
– Madonna’s first photo with Herb Ritts, originally a shoot of Desperately Seeking Susan for Tatler magazine wearing men’s boxers on her head (New York, 1984).
– A great shot with Blond Ambition Tour dancer Carlton Wilborn dancing with Madonna.
– The recently leaked picture of Madonna surrounded by William Kendell, Mark Findlay, and Tony Ward at party at Ritts’s Malibu beach house in 1989
– A great picture with Cher, KD Lang and Joni Mitchell at an Oscar Party in 1998.
– Many more Madonna related images… 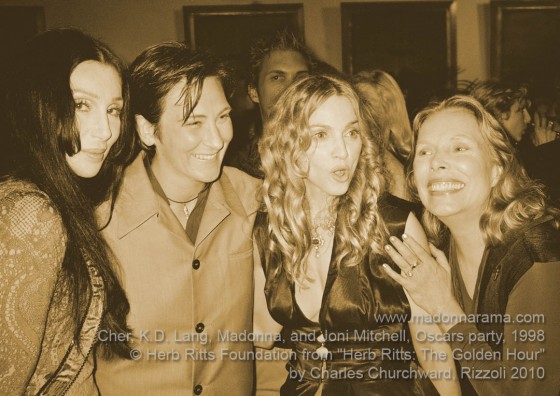 The Golden Hour also includes many quotes by Madonna, Liz Rosenberg and many other photographers, artists or personal friends…
Also in the book is a report of Herb Ritts’ directorial debut for Madonna’s Cherish video including some fantastic shots of one of the “merman” (Man wearing a mermaid tails).
A must-have for any Madonna fan!

“When we take a picture, we have a negative. We put the right
solution on it and, suddenly, the picture comes
to life. So what do we do? We take the negative and turn
it into a positive.” —madonna

Big thanks to Clara from Rizzoli!