Adam Ant: “There’d be no Gaga without Madonna” 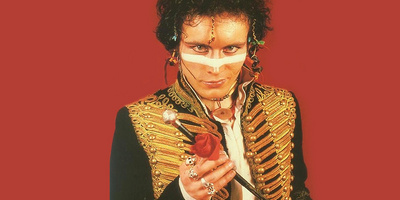 After a 15-year period away from the music business Adam Ant recently gave an interview to thequietus.com.
He mentions Madonna in the process…

“There’d be no Gaga without Madonna so let’s put it in fucking perspective…
Lady Gaga is good, but Madge was doing that when I was doing it, you know?
I saw Madonna outside the Music Machine before she even made it. I was doing a gig with the band in like ’79. There was this chick outside from New York going ‘I’m going to be a star’ and it was her!
And she’s got some fucking balls you know? She’s done as much as Dietrich did for fucking Hollywood stars. She’s gone in and said ‘Alright. I’ve been raped. Someone fucking stuck his dick in my gob in a back alley. I got up from that and I went in there and I had a big fight. And I won.’ She fucking won, good luck to the woman. You know?
And Gaga, great. Nice girl. What can I say. Because I know how hard it is to dress different every time. I do try to wear something different at all those gigs you see me at, but it’s hard. You’ve got to buy something every fucking day. I understand Gaga because she’s intelligent, good media worker, very good songwriter – almost kind of classical. She interests me. But Lily Allen is the best fucking lyricist in the last decade.”
Source: thequietus.com